Have you ever noticed that at social gatherings, people inevitably ask, “What do you do?” It’s polite. A way to break the ice or find common ground. I can almost predict the response, however, when I admit I’m an accountant:

I smile and nod and don’t try to explain.

I have a secret to share with you. I may be an accountant, but I don’t do audits. I rarely mess with numbers. The only tax return I do is my own—well, my brother calls me every year on April 14 and ask questions. My usual answer? “Like I have a clue?” 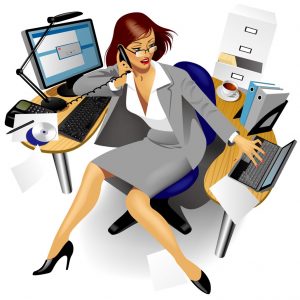 I do create the occasional spreadsheet. 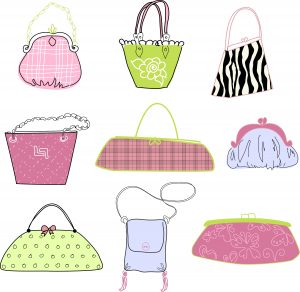 (Purses are Holly’s weak spot—a woman can never have too many purses!)

Well, we’re alike in another area. We both look at financial risk areas in mergers and acquisitions. Operating in a small town in eastern Washington state, however, Holly gets far more involved in her clients business and personal affairs than I ever have.

Here’s an example from In It For The Money:

In It For The Money excerpt

A truck engine revved with a throaty growl. The crowd surrounding the obstacle course roared in response.

Holly Price paused between two of the vendor stalls and glanced toward the Broken Boulders course. What would her peers at Falcon, Inc., the Seattle-based mergers and acquisitions company where she’d worked for years, say if they saw her now? They already thought she was crazy for taking a leave of absence, crossing the Cascade Mountains into the wilds of eastern Washington, and rescuing the family’s accounting practice after her father bailed out. Finding out she was at Boulder Bounders—a Rockcrawler event—would have her declared certifiably insane. “Another truck—oops, I mean, rig—must be starting.”

Her friend, Laurie Gordon, braced her crutches as a group of men rushed past. “What was your first clue? The noise or the mass exodus of men?”

“Come on, let’s go watch.” Holly followed the stampede. “It’s opening day. We should be supportive.” In this small town, she’d quickly learned professional service people got much more involved with clients’ personal lives. Ergo, her presence at this insane truck gig.