When a hitman kills the wrong person... 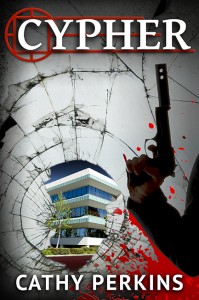 Cara Wainwright thinks life can’t get tougher when her mother’s cancer becomes terminal—until she returns home from the hospital and finds a courtyard full of police officers and her houseguests dead.

Greenville, SC Detective David Morris, is unsure if Cara is the suspect or the intended murder victim. Searching for insight into her family, their mounting secrets, and the conflicting evidence from multiple crimes, his attraction to Cara complicates his investigation. Is the lure need, manipulation—or real?

While David pursues forensic evidence, Cara pushes for answers about her father’s possible involvement, for at the center of the mystery stands Cypher—the company her father built and will take any measures to defend.

When the assassin strikes again, Cara and David have to trust each other and work together to stop the killer before he eliminates the entire Wainwright family.

Also available as a Trade Paperback

I’m absolutely thrilled that CYPHER has been awarded both the HOLT MEDALLION and NATIONAL READER’S CHOICE awards for a novel with romantic elements. It’s hugely gratifying when readers connect with the stories and characters we love to bring to life. 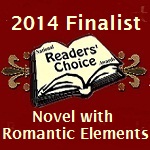 The Daphne du Maurier Award for Excellence in Mystery/Suspense, as Sins of the Father

The Professor presses his palm against her flank, feeling the liquid warmth of her blood, hotter than her skin. Hot, like the life force that he has claimed… The power over life and death is the ultimate thrill. 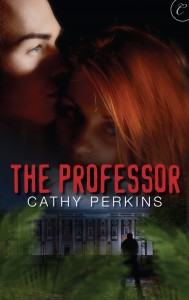 Determined to finish her master’s degree, Meg doesn’t need anybody’s help – including her estranged family – to succeed. There’s something irresistible about Mick, but the last time she let someone get close to her, she lost everything except her self-respect.

As the investigation heats up, so does their relationship. But Mick’s interest in Meg doesn’t just endanger her heart–it puts her in the sights of the killer.

Once he gets her alone, he can take all the time he needs… 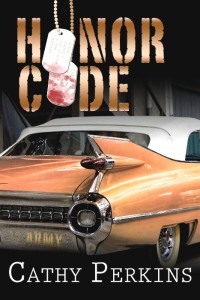 In a small southern town where everyone knows each other’s business, veteran detective Larry Robbins must solve the disappearance of eighty-year-old widower George Beason.

Also available as a Trade paperback