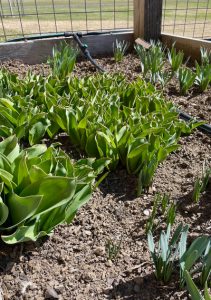 Have you seen all the sneak peeks at Spring that are floating around the internet? I may have a bit of spring envy.

Here’s what Spring looks like in the mountains of the Pacific Northwest. All three inches of it.

Yes, that’s deer fencing in the background because…deer. And the bulbs (those are a bunch of daffodils and tulips – can’t you tell?) are in a raised bed with metal grating on the bottom because…voles. There is a downside to all those lovely pictures of deer munching on someone’s trees and bushes.

But that isn’t the sneak peak you opened this to see, is it? Okay, without further delay:

The cover of The Body in the Beaver Pond!

It’s the first book in a new series (the Keri Isles Event Planner Mystery series) that I’m having way too much fun with. 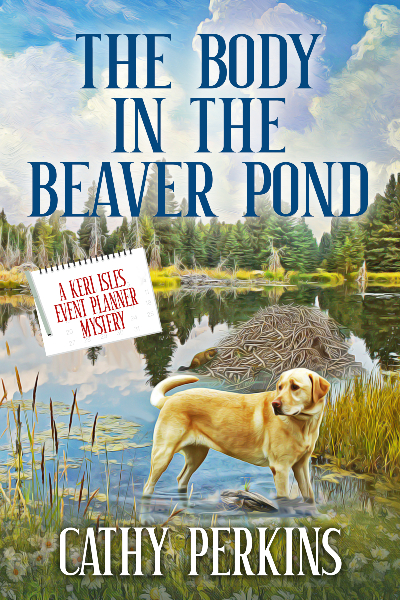 Even an event planner doesn’t plan on murder.

Keri Isles desperately needs to sell the Christmas Tree farm her cheating, rat bastard ex convinced his buddy, the judge, to saddle her with in the divorce settlement. Stuck in the Cascade Mountains, she’s lost her Seattle-based job and local job prospects are as scarce as internet service. When she finds the arrogant professor in charge of the nearby archeology dig floating face down in her beaver pond, however, unloading the property becomes secondary to staying out of prison.

A savvy—and scheming—attorney may be able to keep her head above water, but the personal price of his retainer may be too high. It’s up to Keri to use her mad networking skills and deploy a team of archaeology students, a bad boy photographer, and assorted eccentric neighbors to find the killer and clear her name.

I’m half way through the second book in the series and there’s another Holly book I’m itching to write and …okay, it’ll stop and go work on those books.

While you’re waiting a couple of my author friends have new releases. 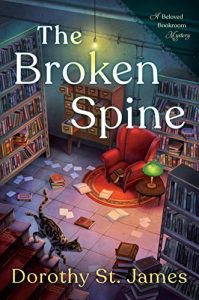 Trudell Becket, book-loving librarian, finds herself in a bind when the library where she works is turned into a state-of-the-art bookless library. In a rare move of rebellion, Trudell rescues hundreds of her library’s beloved books slated for the recycle center. She sets up a secret book room in the library’s basement and opens it to anyone who shares her love of the printed book.

When the town councilman, who was the vocal proponent of the library’s transformation into a “futuristic technological center,” is crushed under an overturned shelf of DVDs, Trudell becomes the police’s prime suspect for his murder. She was the only person in the library at the time of his death, or so the police believe. But that’s not true. For the past month, Trudell had been letting a few dozen residents into the building through the basement entrance so they could read and check out the printed books. . . .

But if she tells the police about the backdoor patrons who were in the library at the time of the murder, she’d have to explain about the secret book room and risk losing the books. In order to protect herself from being arrested for a murder she didn’t commit, Trudell–with the help of a group of dedicated readers–decides to investigate. She quickly discovers you can’t always judge a book by its cover. 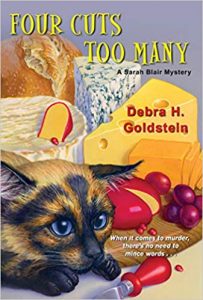 When it comes to murder, there’s no need to mince words . . .

Sarah Blair gets an education in slicing and dicing when someone in culinary school serves up a main corpse in Wheaton, Alabama…

Also available from Barnes & Noble and any other indie of your choice.