Hard to believe my debut book has been on the shelves for seven years now, and my publisher still chooses to put it on special. Not a problem for me, it’s still the book of my heart as I wrote it during an emotional time. My youngest, who’d just turned 18, was leaving for college. And I can still distinctly remember when he came into my office, plopped into a chair, and said, “Mom, what are you going to do without me?”

He learned fast what I was going to do—I broke into tears. Him being a typical eighteen-year-old gave me a quick hug and said, “Oops, sorry, Mom,” then beat it out of that room.

But as awkward as I’d made him feel, and how his leaving broke my heart, I knew good and well what I was going to do with this new empty-nest phase of my life. I’d taken up writing fiction after working for newspapers for years. I was studying commercial fiction and trying to learn the difference between fact-based, non-editorialization to understanding that writing romance and romantic suspense was all about love and emotion. 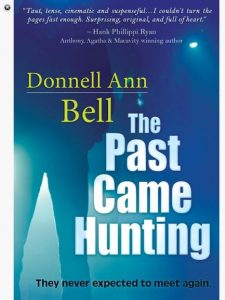 Trust me, so many emotions ran through me when I wrote WALK AWAY JOE, which after publication became THE PAST CAME HUNTING. I put my parental heart in to that book and told it from the mother’s side and the father’s side as well.

Need an example? What if you as a young woman made a mistake that sent you to prison? What if you’d spent your entire adult life trying to make up for that error and lived in horror that your teenage son might find out and think less of you?

What if you’re a cop climbing the ranks of command, a police lieutenant, who after being divorced a few years, is responsible for raising a teenage son? What if you’re the cop who during one of your first arrests, brought down a headstrong seventeen-year-old girl who you believed aided and abetted a killer in a convenience store robbery?

Would you want that seventeen-year old, now a stunningly beautiful woman living next door to you? Would you want your kid associating with her kid?

That was exactly the conflict that arose in the book – oh, and besides that a deranged killer, the man she sent to prison for fifteen long years, was intent on finding her and making her pay.

Here’s an excerpt from THE PAST CAME HUNTING when the issue of children is discussed between my protagonist in my 2007 Golden Heart-nominated and Detroit’s Booksellers Best for Best Debut and Best Single-Title Romantic Suspense:

MELANIE NORRIS’S stoic expression dissolved into one of despair. “You’d punish our children for something I did fifteen years ago? What kind of monster are you?”

Her indignation took him off guard. What did she expect? For them to ignore the past and become the best of buddies? “You don’t exactly come with sterling references, lady, and I’m not about to sacrifice my kid.”

Glancing away from him, she drew her hands into fists in her lap. For a time she didn’t speak. At last she returned his gaze. “I’d probably do the same thing if I were you.”

Hell. A quiet, logical response was the last thing he’d expected. Reconciling the proud, beautiful woman sitting next to him to the hellion of yesterday was nearly impossible. It was like watching an actress perform two roles.

Then it occurred to him. Maybe she was. He’d met all kinds in his line of work. People who could look you in the eye, tell you they didn’t pull the trigger, while holding the murder weapon in their hand. On the other hand, he could also cite numerous examples of people who against all odds had turned their lives around.

A throbbing ache resonated behind his left eye. Of one thing he was certain, Matt wasn’t going to be part of the equation while Joe made up his mind. He switched on the ignition. “I’m glad we understand each other. I’ll take you back to your car.”

Interested in learning what happened and how the storyline is resolved? Here’s your chance. THE PAST CAME HUNTING is now on sale on most digital displays, AMAZON, NOOK, KOBO and more for just .99 cents. I hope you’ll check it out, and if you do, and like it, please drop me at line.

And to Cathy Perkins. Thank you for letting me take up space on your blog.

Not only are you a great conference roommate, you’re the best! 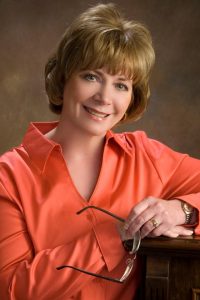 Donnell Ann Bell is the author of four Amazon bestsellers, Buried Agendas, Betrayed, Deadly Recall, and The Past Came Hunting. She is an award-winning author working on her fifth suspense from Bell Bridge Books. Her website is www.donnellannbell.com