Cleaning up after Christmas and the accompanying flurry of departing guests seems as much a January ritual as making New Year’s resolutions. I don’t know about you, but every year I vow to get organized. To clear away the clutter on the kitchen counter. To organize the storage area.

So how’s that working for you?

This year, I have an added incentive. We’re moving to a smaller house in the mountains, which means this house has to go on the market, and did you catch the part about a smaller house? On January 1, I tackled the kitchen junk drawer and then breezed through discarding old magazines, expired coupons and random notices for events. Every day there was a new task. Clothes? No problem. Haven’t worn it, out if goes. My husband watched in delighted disbelief as bag after bag went to recycle, charity and the trash.

My pace slowed when I tackled the storeroom. Stashes of old financial records? Into the shredder – I created enough confetti for a New Year’s Day parade. Then I hit the brick wall. You knew that was coming, didn’t you? 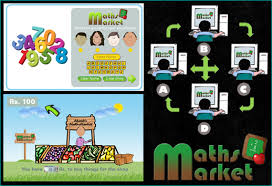 Family pictures. The kids’ school records and awards. How could I part with those? How should I chose which memories to keep—and which to discard? I can blame part of the reluctance to let go on being far away from the rest of my family, or on my husband being the last member of his, but I think I’m simply sentimental—or a big softie—when it comes to families.

In my latest release, Caroline (Cara) Wainwright is desperately trying to save not just family mementos, but her actual family. An assassin is picking off family members one by one. Cara and Detective David Morris are is a desperate race to stop him before the entire family is eliminated.

What’s the one memento from your family that you absolutely wouldn’t give up? Hopefully there isn’t a hitman targeting you while you make that choice!